We had an issue where user after OS upgrade, the office 365 won’t be getting activated. After couple hours of researched i found this useful article from MS technet which shows how to clean all office settings and registries from an older version of the Office.

We can use this script in two ways

copy the entire script and paste into notepad and save it as “OlicenseCleanup.vbs”. 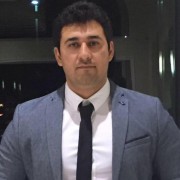 get patch installed as background job

get patch installed as background job